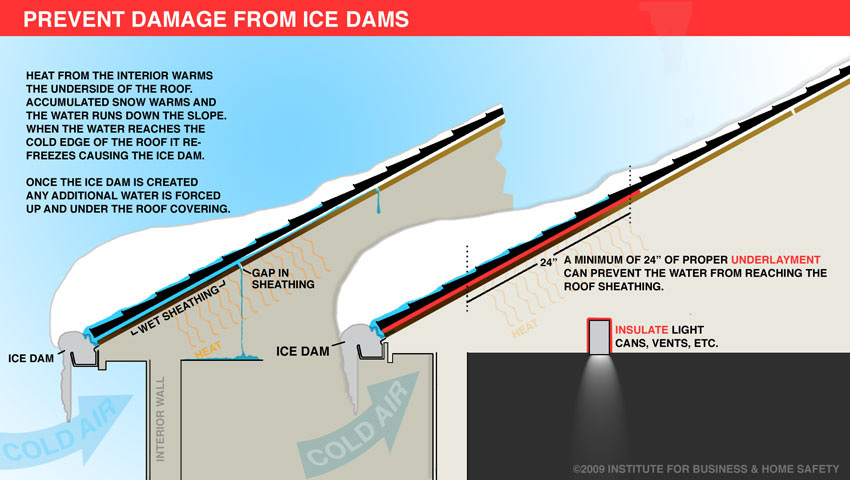 A key point to remember when considering ice dams – the temperature should be the same inside the attic as it is on the exterior of the home if the attic is insulated.

A common misconception heard from homeowners every year is, “I have ice and water shield on my roof – so I shouldn’t get ice dams.”

How are Ice Dams prevented?

Stopping ice dams is simple, in principle: keep the entire roof the same temperature as the eaves. You do that by increasing ventilation, adding insulation, and sealing off every possible air leak that might warm the underside of the roof.

Get An Honest Estimate